In the last post on my blog, which I suppose is becoming very much a this-is-what-I’ve-done blog without much intellectual value, I covered my activities of Good Friday, which was largely orientated around one of my increasingly favourite pastimes – shopping.

Saturday was a domestic-day, another one of those days where I don’t feel the need to get out and about and constantly live life to the full… and also give my face a break from hair-removal; now and again the domestic list of chores around my house reaches a limit where I must do something about it; this is heightened by the oncoming visit of my parents, and my desire to make my home look reasonably tidy rather than a clothes tip… although half of the time I ended up spending outside in the garden as the Irish weather has finally taken a turn for the better. I won’t bore you all with the detail of my chores… though I did indulge in some make-up experimentation and I have to recommend Maybelline Super Stay 18hr lip gloss, I bought this ages ago and of course now, with no need to worry if it doesn’t come off very well, I thought I would give it a go – wow, it really does what it says, I didn’t have to touch it up the whole day despite eating, drinking, and so on. I did also have a lovely phone call with my parents… and, for the first time, my mum didn’t slip up and accidentally call me by my old name.

Sunday’s highlight was my second event to Belfast Social Events Meetup group, which was another walk – this one was a 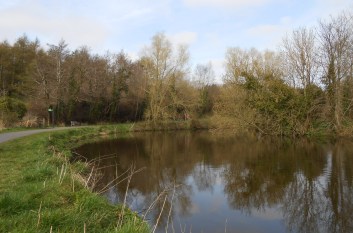 very leisurely stroll along the banks of the Lagan river in outer Belfast, but turned out to be a perfect outing with so many places rightly closed for Easter Sunday. One or two people I met I had seen on the previous Social Events walk, but the others were new to me – they were all nice enough and one guy, who was on the first walk too, appeals to me somewhat, I don’t suppose he is devastatingly attractive but he is quite nice-looking considering he is 52, is interesting to talk to, and likes quite a lot of different things, especially walking like I do. I chatted to a French girl quite a bit of the way out from the car park, and to this guy on the way back. At the break halfway we had lunch at a place called the Lock Keeper’s cottage where I chatted to two girls from Bulgaria and a guy who works at Tesco who were all nice… and we were presently joined by another guy who was a bit creepy, he was sitting next to me and practically every time I said something to him where a response was forthcoming he touched me lightly with his hand somewhere, quite often on the back or my side, once or twice on my leg; maybe he’s just one of these touchy-feely people, maybe he was just helpless in front of an attractive girl (I AM kidding here), but it really put me off… as did the fact that he was incredibly messy and grubby, several bits of what he was eating went either over him or on the floor, his track pants were tatty and paint-splattered, and I later saw him wearing a strawberry coloured light sporty jacket which was just a total fashion disaster. At the end of the walk the group re-formed at the car park, with some light-hearted chat, but nobody suggested going on for a coffee or anything so I just drove home and ended up in the garden doing some hard grind… which appears to have caused me a hand injury 😦

Monday was the highlight of my Easter weekend. Why? Firstly, it was the most fun, and secondly it was with my BFF Kirsty. It took me ages to get ready, partly due to experimental eye make-up which I wanted a trustworthy opinion on, and also because I was feeling just so dozy after a very interrupted sleep pattern. Eventually we met at Sprucefield centre, outside Belfast, and after a quick stop at the ladies (mentioned, of course, for Ruth) and Boots (to get some high-SPF moisturiser to go under my foundatio 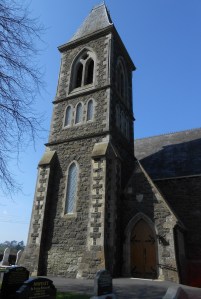 n), we set off in Kirsty’s car. After 30-40 minutes we reached the starting point of a treasure trail that we had decided to do – the previous one we did was on foot, while this one was a mixture of investigations on foot with driving between several clue stops, the idea being to solve clues that ruled people out of being murder suspects for an imaginary crime, while at the same time providing a fun way to explore the local area and learn a bit about its history. This trail took us from Gilford to the small village of Tullylish, where we spent ages roaming around two graveyards looking for names on grave stones (not with total success), then to Loughbrickland to another church and an estate… at which point we decided lunch was overdue; as the Belfast shopping outlet was not far away we went there, and ate a fairly average burger and chips Linen Hill, washed down with lashings of refreshing pink lemonade. As we were at the Outlet Kirsty insisted on wanting to some shopping, and so I had drag mysekf along as well; I thought I was very good and bought only one item, a floaty short skirt from Next for only £5. By the time Kirsty has bought herself a T-shirt, it was time to finish our trail, which took us to the picturesque village of Scarva, and the crisp-making capital of Northern Ireland, Tandragee. We managed to solve nearly all of the clues, with the help of Google for one where the promised tourist information board did not even exist, and got back to Sprucefield at around 5.25, where we sadly had 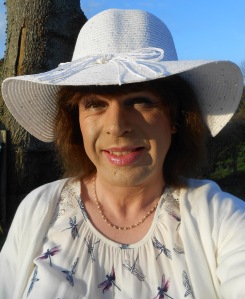 to end our day together; the treasure trail was a fun way to spend a day… although I feel we were lucky to return alive the number of times the instructions started off with the word “with safety in mind”. I had a spend £40 save £8 voucher to use at Sainsburys, and as I was due to buy some wine then that was an easy task to achieve; I also bought a pair of trousers in their “save 25% off clothes” offer (and next time I am there I will return the other pair that I paid full price for!)… AND I finally managed to find a summery hat that fits my big head! I don’t suppose I look great in it, but it has a mainly practical purpose to keep the sun off my face during the summer while I am receiving laser hair removal treatment.

Back to work tomorrow after a fun  long weekend… BIG sigh.